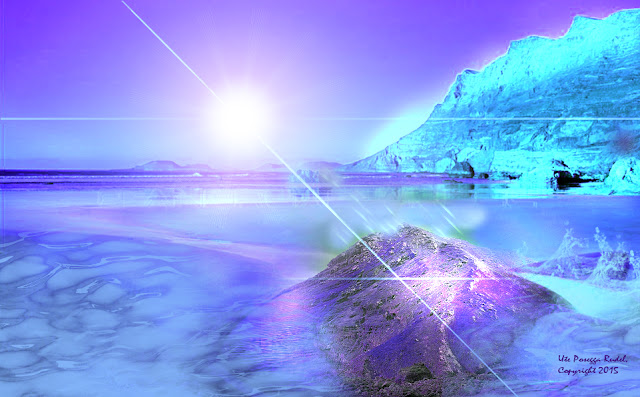 Where are we now? What is the reality of planet earth? And where are you standing?


Almost 4 years have passed after the great events in December 2012!

When I remember the time of increasing excitement, leading to the December 2012 climax, the difference I notice is this:

While we enjoyed the crescendo of the time BEFORE the 2012 event, the fire of expectation and inspiration, the initiation and aspiration to a steep ascension process  into new heights of experience, has settled. And many thought, nothing has happened in spite of all of this. Because the world seemed to continue without drastic changes, and the global affairs in the following years have become even more difficult and dramatic for the vast majority of us.

As life in 3D became altogether more complicated, everything NOT in agreement with the vision of a new humanity and earth, became more obvious. The dark and decadent ground  of the old world came to the forefront so that it seems the times got worse.

But what really happened: as the hidden started to play out in the visible for everyone, everybody could finally see it, who were true to themselves.

What became now conscious through the appearances in the visible world, suddenly started to become the new reality and offered thereby the conscious choice for change and evolution. First inside oneself and then in the world around us.

The thing with manifesting the outer world is a bit more difficult, as 3D density needs time for change, if the level of conscious energy is not fluent and highly vibrating enough.

But what we did: we have changed inside! For many the external and ever worse appearing world lost the impact it once had on our spirit, and inner freedom from involvement with outer events is now expanding. 3D world in its old fashion dribbles along for us, but in many cases really without us! We have become more and  more detached, inside and outside the free space of peace and bliss.

The blessed new light and energies we felt up to 2012 evolved within us, while the outer world is now showing everybody its nasty head, which gives us the opportunity to recognize this reality to go beyond with love.

The bubble of the illusion of a world that seemed liveable, burst, and people needed to realize that this world is not what they thought it is. And so they started to ask questions, in order  to last not least enter the great path of changing within, understanding how each one of us is responsible for the world from inside out.

The ingenious plan of evolution is a most perfect happening. It makes sure we first change from inside, to then allow the world to change. Confirming such the power of our Divine Creatorship. And this power is Unconditional Love.

We are now still in a phase where we need to fully integrate our growing consciousness with the constantly increasing frequency on our Beloved Earth Mother, and our own expanding light and a deeper felt love.

It can happen as we are Divine Beings, Whose True Nature Is Inherently Timeless, Happy and Radiant. The old world cannot persist, if we live the innocence of That. It must take the shape that reflects What We Are.

Ceasing to identify with the old world is necessarily the disintegration of it, as we no longer wish to own it.


This is the graceful process we have inherited from the Infinite Source and Eternal Existence That We Are as Consciousness.

But it is us, who must change first fundamentally, breaking away from the deadly stupidity of the dark matrix.

Let us allow Eternity to Radiate from inside out, let us merely BE without concern about global problems, guided by that BE-ingness to right actions. Such expanded, structures that do not comply, must crumble away.

We do not need to  fight with them. Fighting confirms their existence. We just need to put our attention somewhere else,  where our True Happiness Is. Where our Truth is. We do not need to surrender any longer to an artificial world that has nothing to do with us. Because it is us, our Divine Consciousness, our Love, that makes the "rules".

Love and Blessings to us all!
Ute